PreSonus has announced version 5.1 of Notion, the music notation software for Windows and Mac. 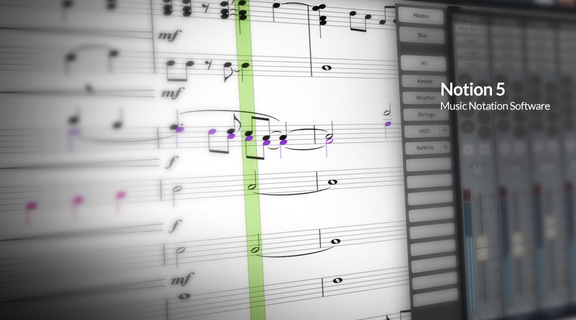 PreSonus Notion is famed for outstanding playback sounds, speedy workflow, compatibility, and ease of use, and it’s the only notation software that works with a standalone iPad app. It offers powerful features for scoring to picture. And it costs a fraction of what those slow, bloated, overcomplicated scoring programs soak you for. That’s why Notion 5 is the best notation software for composers, performers, producers, worship teams, arrangers, orchestrators, educators, and music students.

Notion for Windows and Mac is available for purchase for MSRP $199 USD.