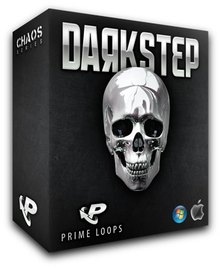 “Darkstep” consists of an unsettling 200MB of one-shots, loops and effects which will leave you yearning for no more – because it’s all right there: Ballistic Drums, Percussion and Effects. Devastating Bass One-shots and Basslines. Twisted synth shots and hooks. Vicious Vocal Samples. And a whole number of other sonic weapons to make boom-boom in the most terrifying manner. Don’t laugh now and say have not been warned later!

“Darkstep” is the work of the legendary Bong-Ra, future-proof veteran producer of musical montrosities who has made his mark in an international scene nestled between Breakcore, Jungle, Hardcore, Metal, Dubstep, Hip Hop and other bass-laden sounds. Bong-Ra has created, produced, twisted and mastered each and every sample and loop contained exclusively for this Prime Loops collection – and “Darkstep” is offered to you without any royalties involved whatsoever.

The sample pack is available to purchase for £17.95 GBP.