Rob Papen has announced that the Prisma plugin for stacking Rob Papen instruments will be released on June 2nd. 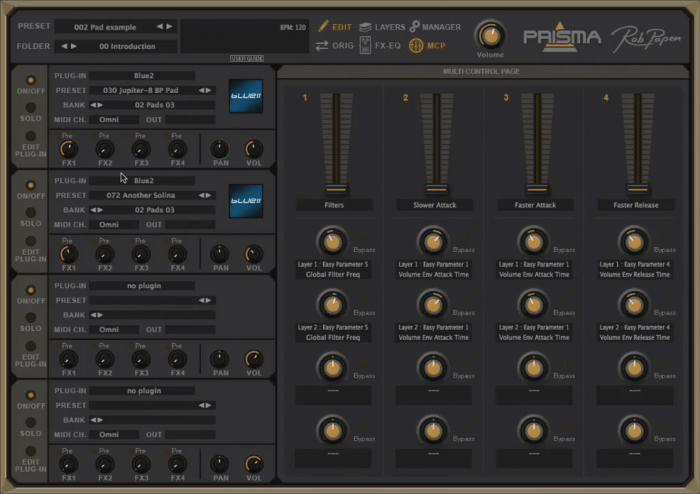 Prisma news! During NAMM 2016 Rob Papen gave an exclusive look at his new plug-in called Prisma. It did take a little longer than expected, but we assure you it was worth waiting for!

Next week Thursday the 2nd of June we are finally going to release it!

Amazingly, if you already own any of the current Rob Papen instruments you can download Prisma for free once it is released!!
But… Prisma will make the most sense if you own all of the RP instruments (eXplorer-III bundle) to combine them into a stunning new sound experience! And we must admit its sounding ‘eXremely’ good!