Pro Sound Effects is offering a chance to win a prize bundle totaling over $3,500 USD in state-of-the-art audio tools. 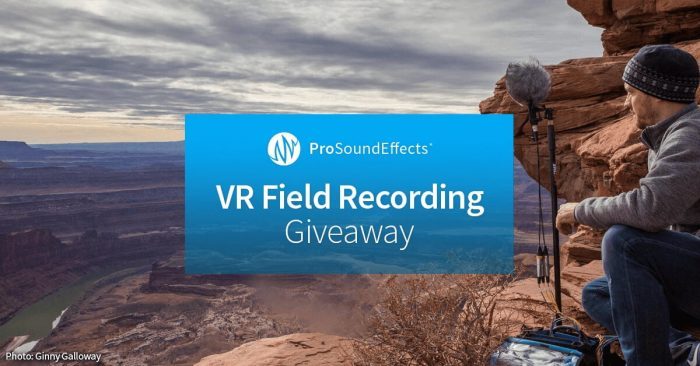 The Sennheiser AMBEO VR mic is an innovative, rugged and portable Ambisonic microphone allowing you to capture immersive spatial audio from a single point. Create fully spherical Ambisonics recordings as simply as any stereo recording to use in virtual reality and 360 video applications. And with Zoom’s recent Firmware 4.0 update to support Ambisonics formats, the Zoom F8 multi-track field recorder is the ideal companion for the AMBEO mic.

Complete your spatial audio creation workflow with BaseHead 4.x Ultra SFX Database Software to quickly and intuitively catalog, organize, and search recordings by keyword to drop directly into projects. Pro Sound Effects is also including their Urban Ambisonics Bundle to inspire and build the foundation for your own professional Ambisonics sound library.

“In the growing landscape of 3D audio, we want our users to have access to the best resources available,” says Douglas Price, President of Pro Sound Effects. “That’s why we’re excited to give away these cutting edge products to boost your VR audio workflow – from inspiration to capture and retrieval.”

The giveaway is open through Thursday, March 8th, 2018. Entrants can increase their chances of winning by gaining three extra entries for each referral. Winners will be selected and announced on Monday, March 12th.