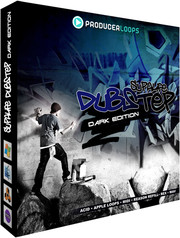 Expect wobbling unstable (yet solid-sounding) basslines with hard as nail drums and FX to die for, and you’ll get an idea of the content on offer here. The superb musical content on offer is backed up by the usual Producer Loops feature set, including wet and dry loops, effect tails, MIDI files and one-shots.

Supalife Dubstep: Dark Edition is available to purchase as a download in various formats, starting at £29.95 GBP.