Producertech has launched Breaking Down The Remix, a video tutorial course by Rob Talbott of Dodge & Fuski. 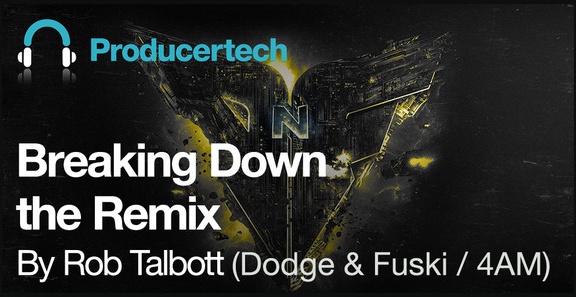 With four consecutive Beatport number 1s, Dodge & Fuski is truly a force to be reckoned with when it comes to all things dance music. Returning after the success of his Dubstep fundamentals course where he broke down the massive track ‘Killer Bees’, Rob Talbott of DnF is back to give you the lowdown on creating a remix. Focusing on arrangement, the course is in two parts – part 1 in the studio with Rob as he demonstrates building a remix from the stems, part 2 is a commentary on a huge new Future House remix of Orla Gartland’s ‘Souvenirs’, made under his 4AM alias, concluding with a comparison of the two arrangements and tips on creative mixing.

The course is available immediately after purchase, and can be streamed online 24/7/365. Included with the course is a large pack of bonus samples, courtesy of Loopmasters.

The course is available for purchase from Loopmasters for £14.95 GBP.