Plugin Boutique has announced a flash sale on PSP Audioware, offering a 45% discount on its audio effect plugins for a few days only. 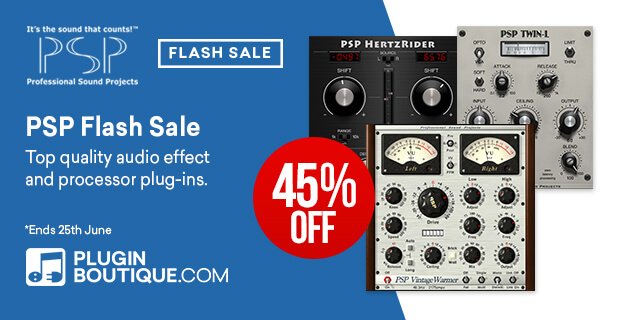 PSP develops high quality audio effect and processor plug-ins. Our products garner rave reviews and endorsements from every corner of the music production, engineering, composition, and post-production worlds. Our plug-ins have become staples in professional and home studios worldwide. Our credo explains our simple philosophy: It’s The Sound That Counts!

Action Delay effect plugin by NoiseAsh on sale for $24.99 USD