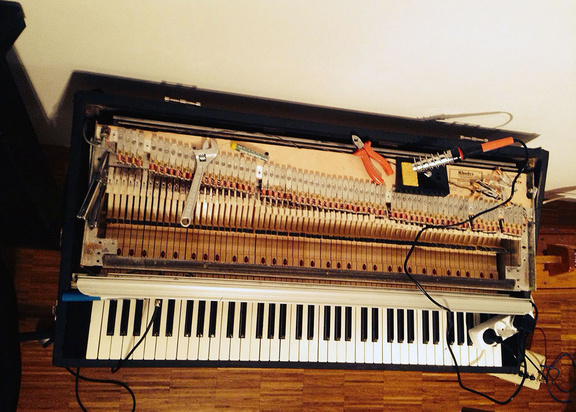 Mark Two Berlin was salvaged from a Berlin collector and brought back to life after many months of restoration. It joins Puremagnetik’s Mark One Brooklyn in a league of electric piano instruments with a charm all their own – for those seeking real world character over perfection.

The Mark Two Berlin had 21 pickups completely replaced with new electronics, a few damper replacements and multiple tine adjustments and tunings. It was routed direct into a Zen modded Golden Age Pre 73 and recorded chromatically with 3 velocity layers per key.

The library is available for purchase for $15 USD. Requires Ableton Live 9.1 and higher, Logic 10 and higher, or Kontakt 5 and higher.