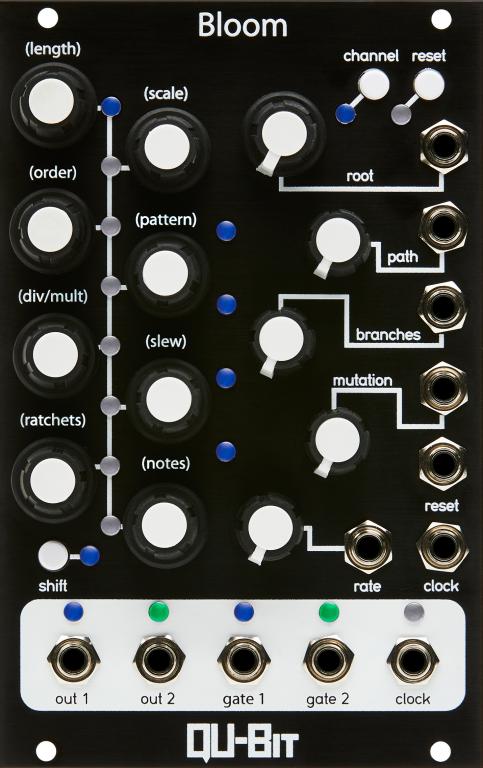 The Bloom module was introduced at the NAMM 2019 Show.

At its core is a powerful 32 step sequencer with two independent channels and an intuitive interface. What makes the Bloom come alive are its fractal algorithms which can transform existing sequences into powerful melodies, or even generate new patterns altogether.

The base sequence is known as the Trunk and can be programmed by hand, or automatically generated with the Mutate function. Once a Trunk sequence is in place, fractal transformations are only a knob turn away by using the Branch and path controls.

Each new Branch adds a complete variation to the base sequence and Path determines its passage through the set of recursively generated sub-sequences, offering a unique take on the melody with each turn of the knob.