Rob Papen has released an update to the RAW-Kick virtual kick drum instrument. 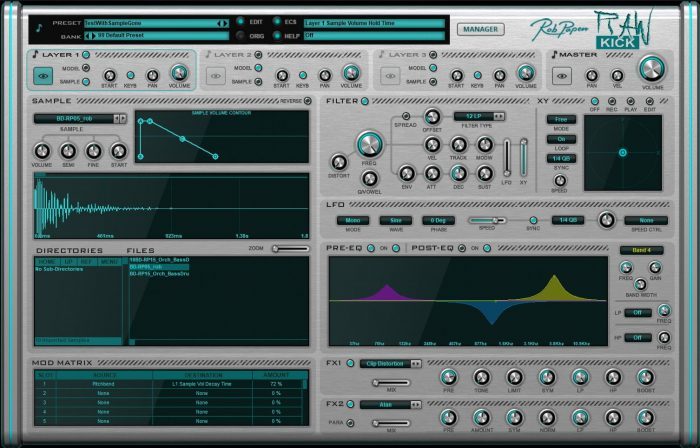 The plugin that is based on the RAW synthesizer is now compatible with Native Instruments NKS so you can use the RAW-Kick with Komplete Kontrol and Maschine.

RAW-Kick includes neat features and focus specifically designed for today’s demanding producers! RAW-Kick offers three individual layers to design and build up your Kick drum sound, which is a common method often used by producers. But now, instead of using three separate products, you can use this method within one product. Each layer offers two modes. You can select a dedicated kick synthesizer model or use a sample-based layer.

Additionally the update offers an option to increase the interface size and a new ‘Mono Note’ and ‘Legato Note’ Play modes that allows you to use note length for controlling the length of the kick sound.

New presets come from Dutch producer Rob Fabrie. The Edged bank sees some additions as well and a new bank with ‘example’ presets has also been added.

The update is now available to owners of RAW-Kick and the eXplorer 5 bundle.

RAW-Kick is available from Plugin Boutique for $79 USD/79 EUR.