Realitone has released version 1.2 of Fingerpick, a guitar instrument library for Kontakt Player, designed for the fingerpicking style. 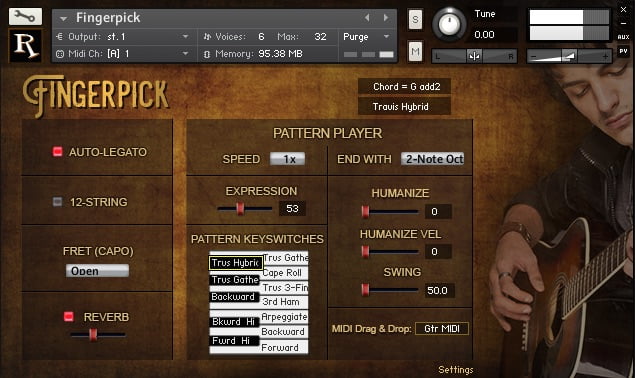 Yes, it really does make a difference. In fact, that’s why we made this library. Play it for yourself and you’ll see the difference. If you don’t, we’ll give you your money back. (Trial period is 30 days.)

But wait, there’s more! With RealiBanjo, we learned that most people have no idea what patterns (rolls) a banjo player would play. We’re guessing it’s the same with acoustic guitar patterns.

So we’ve included a Pattern Player with Fingerpick as well. Simply hold chords (almost any chord, including 9ths, dim, aug, sus4, etc.) in the upper octaves and Fingerpick does the rest.

The Realitone Fingerpick library is available for purchase for the introductory price of $79.95 USD (regular $119 USD).