RealiTone has announced the release of Realivox – Blue, a sophisticated vocal instrument for Native Instruments Kontakt. 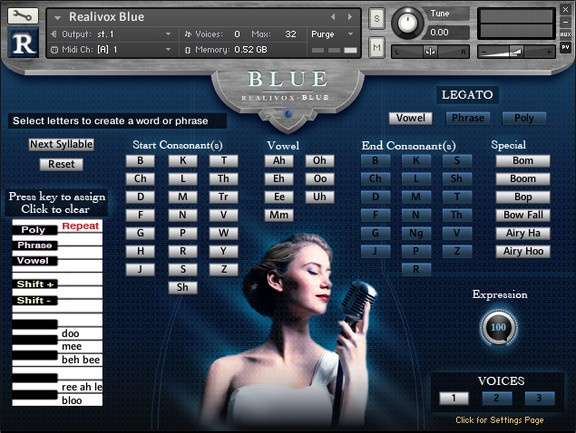 We’ve put a lot of time and effort into not only the recording editing and coding of Blue, but also the research and experimentation of what goes into an authentic vocal performance. We believe Blue is the most sophisticated vocal instrument on the market.