Addressing the growing popularity of EDM and other forms of electronic music production, The Recording Connection Audio Institute is unveiling a new set of courses focused on Ableton Live 9, open to all members of the Recording Connection apprenticeship program. The courses were developed by noted audio professionals and educators Brian Jackson and Tony Grund, and are geared toward different skill levels from novice to advanced. 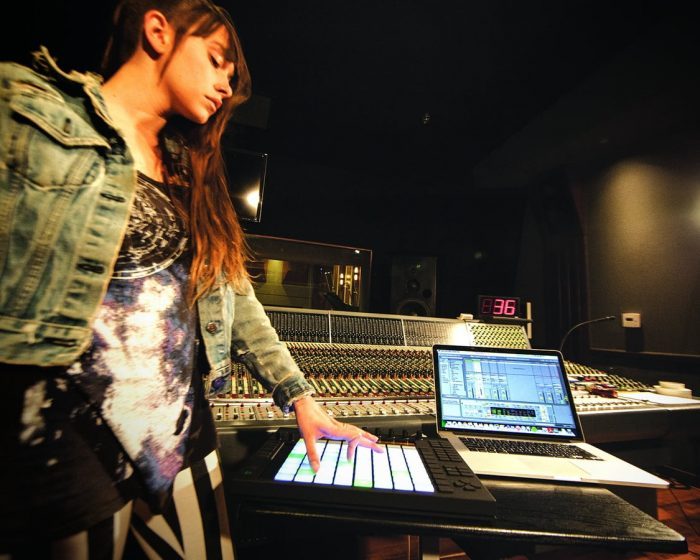 Jackson states, “Recording Connection has offered plenty of courses in the past that have been of tremendous value to electronic music producers, but it has generally been through a lens of another perspective, like audio engineering, composing, or music for film. These new courses get right to the heart of electronic music production, and I can think of no better platform than Ableton Live to learn the fundamentals of this art form.”

There are two main Ableton course tracks, in addition to an introduction course for novices developed with John Margulies, the author of Ableton Live Power instructional books. The main “pro course” has four modules, each focusing on a different aspect of music production. This course “really takes you through everything you need to know to be up and running, making your own tracks that you can be proud of,” remarks Jackson. One module teaches Ableton Live fundamentals, one module focuses on music theory as it applies to electronic music, another focuses on sound design and so on. The more advanced course has the same four modules plus an additional set including intermediate and advanced material for “anybody who wants to go a bit further than the basics,” Jackson adds.

Those who finished the advanced course will “understand Ableton Live very well, to a point where they would be able to show things to other users that those users wouldn’t know,” Jackson remarks. “For somebody who does all six modules and puts the time and energy in, they would be well on their way to having the knowledge necessary for becoming an Ableton Certified Trainer if they wanted to pursue that with Ableton.”

As working audio professionals, Jackson and Grund see Recording Connection’s apprenticeship model as a refreshing change of pace – one that embodies a purer method of training tomorrow’s top talent. “Traditionally in audio that’s how it works – people would get a job in a studio or they would go work with a composer and learn on the job. But there’s a lot less of that now, with the changes in the industry. A lot of the most successful teaching I have been doing over the last 25 years has been private lessons, and I find that Recording Connection offers something a lot closer to that.”

And this powerful, close relationship developed between working audio professionals has also shaped the content of these Ableton courses. Grund adds, “When we were developing the courses, each of us knew instinctively what to focus on, because we’ve heard directly from the horse’s mouth. For instance, people with a Logic background moving to Ableton are going to generally run into certain roadblocks. Because of the time we have spent out in the field, we’ve heard from friends, neighbors and students about the things that trip them up, and we can address them in the new courses straight away. This close communication and instruction is what helped us develop these courses, and it’s sort of full-circle to be able to offer it back through Recording Connection.”

Grund concludes, “These courses focus on Ableton Live, obviously, but I think they expand far beyond that into general concepts of production, music composition and sound design that everyone can use. They offer tools that are valuable for being a producer or engineer in general, not just a DJ or a producer working in electronic music.”