reFX has announced the release of Hollywood 3, a collection of 4 expansion packs for the Nexus2 instrument. 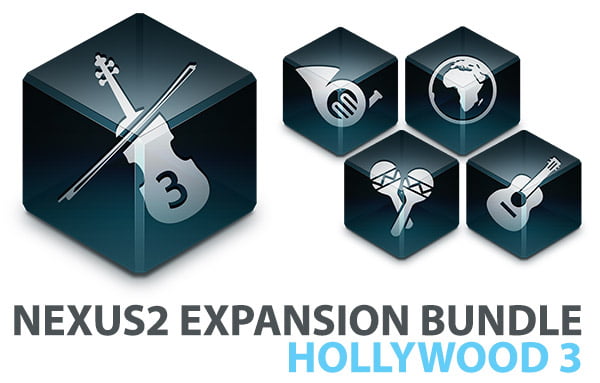 The third wave of real Hollywood instruments is here! After two years of recording and editing these lush, cinematic sounds, this expansion pack is ready for stardom.

With the new 2.7 update, Nexus can handle 64 oscillators and infinite round robins simultaneously. Get ready to have your mind blown!

The Hollywood 3 expansion packs Epic Collection, Ethno, Drumkits & Percussion, and Guitars, are available for purchase for 90 EUR each.