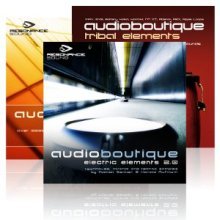 We are proud to present a new label on Resonance-Sound: ‘AUDIO BOUTIQUE’

The Audio Boutique sample libraries are now available to purchase from Resonance Sound.

Resonance Sound has also launched a “Special Holiday Offer”, a 20% discount on all its products until January 1, 2012.