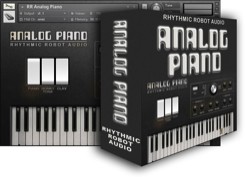 Rhythmic Robot has released Analog Piano, a Kontakt instrument based on an entirely analogue electronic piano.

Analog Piano is sampled from a 1970s Crumar ColorSound electronic piano, an all-analogue stage piano capable of generating three basic tones: Piano, HonkyTonk and Clav. Of these the Piano tone is by far the most musically versatile, emulating an acoustic piano to some extent but with many of the warm, earthy qualities of a Wurlitzer-type electric piano as well. Although the original Crumar ColorSound didn’t respond to keyboard velocity, the software version incorporates several crossfaded velocity layers carefully adjusted in the studio to become progressively brighter and more cutting or mellower and rounder with playing dynamics. This velocity control can be switched in or out from the front panel.

Analog Piano suits contemporary musical styles where a typical multi-sampled grand piano might feel too “classical” for the context. It is particularly effective in roots rock, electronica and dance. Included in the instrument are key effects like tube saturation and tremolo, plus an amp cab simulator with a choice of classic models and a convolved spring reverb to add extra authenticity to the vintage tones. The three presets can be switched in in any combination, and envelope control over attack and release allows for gentler pad or texture sounds to be generated. 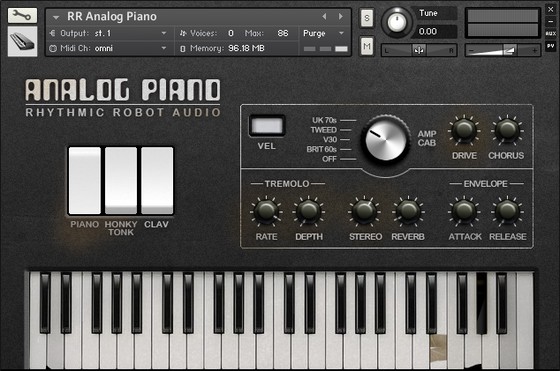