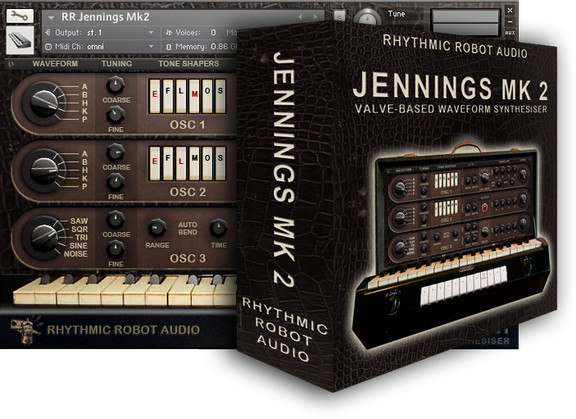 Jennings Mk 2 is a “timewarp” instrument, taking 1950s valve synthesiser technology as found on the Jennings Univox and reimagining it as a fully-fledged analogue polysynth in the style of Roland’s early 80s offerings.

Instead of a faithful recreation of the 50s original, this is a complete reinvention, taking the evocative, haunting valve sound of the hardware machine and harnessing it to a synth architecture massively more capable than the original. Complex, evolving, organic sounds just flood out of this thing – it’s a sound-designer or synth fanatic’s powerhouse.

The library is available for purchase for the introductory price of £24.95 GBP for a limited time (regular £29.95 GBP). Requires full version of Kontakt 4.2.3 or later.