Rhythmic Robot has announced the release of Rytm16, a sampled Kontakt recreation of a late-1970s analogue drum machine from Poland. 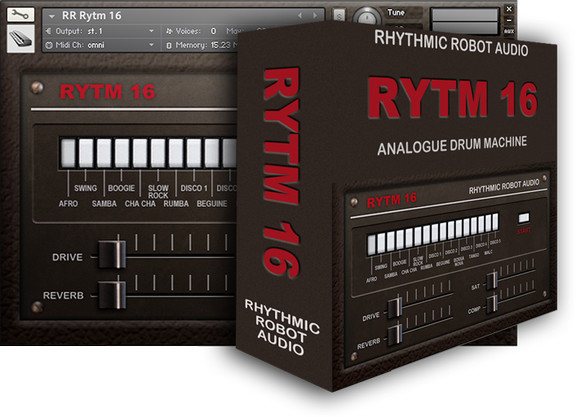 As well as individual drum instrument hits it has 16 onboard preset rhythms (all of which have been beatsliced so they sync to your host DAW), and each preset has two variations, which introduces a nice element of groove. Although it features the usual vintage drum machine suspects (slow rock, cha cha, bossa nova) the Rytm16’s real claim to fame lies in its five separate Disco beats, making it instantly applicable for anyone wanting to recreate classic Disco rhythms, or to reuse Disco motifs in a contemporary setting.

Rytm16 has a warm, soft-edged sound (though the ride cymbals are still sharp and clear). Used solo, it is ideally suited to downtempo styles, chillout, lounge, jazz fusion, and laid-back funk; or it can be layered with modern drum sounds to add a vintage flavour to a contemporary production.

The library is available for the introductory price of £5.45 GBP for a limited time (regular £5.95 GBP). Requires Kontakt 4.2.3 or later.