Audiomodern has announced the release of an update to the Riffer MIDI sequencer software for Windows, macOS and iOS.

Version 3.0 includes a new polyphonic mode with sequencing of up to 4 simultaneous riffs, density control for stuttering individual notes with up to 8 repeats, MIDI input/performance mode, and more. 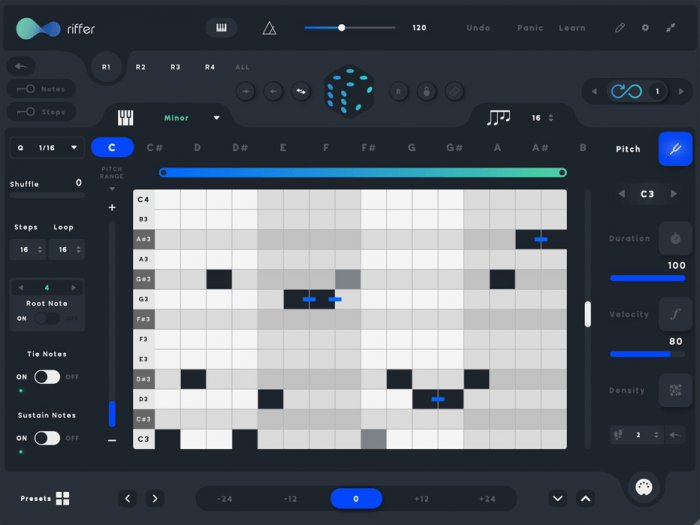 Riffer is a creative MIDI sequencer that generates random patterns and melodies for you. Built for you sounds, synths, basslines, beats, Everything.

Designed to feed any Synth, Sampler, Drum Machine and anything that accepts MIDI signal both software and hardware. Generate fresh ideas, sequences, melodies, riffs and musical patterns. Turn them into something of your own, or let it run endlessly using the Infinity mode.

The update is free to existing Riffer users.