Rob Papen has introduced Dock, a host software which enables Rob Papen software instruments and effects to be used standalone without a host application or DAW. 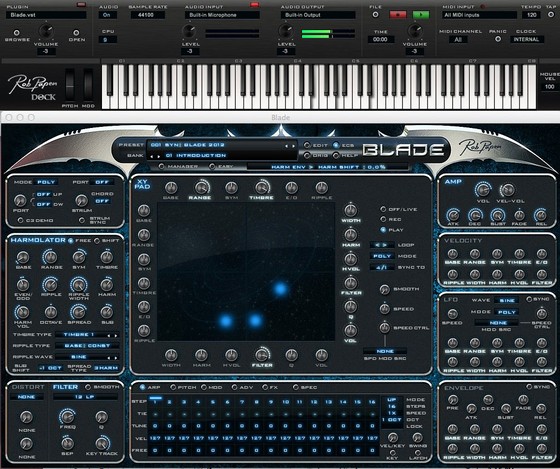 Rob Papen’s Dock in use with the Blade software synthesizer – great for live performance or just quickly designing presets.

Simply load Dock, select your Rob Papen software and start playing. It is possible to route sound through Dock so that you can use the growing range of Rob Papen effects like RP-Verb or RP-Reverb to process your own audio.

Just hit on a killer riff for your new track, great – just capture your performance in Dock using the onboard recorder for later use.

Dock will be available as a free download for registered Rob Papen plug-in users from March 2013.