Rob Papen has announced a sale on the Raw synthesizer instrument for Windows and Mac. 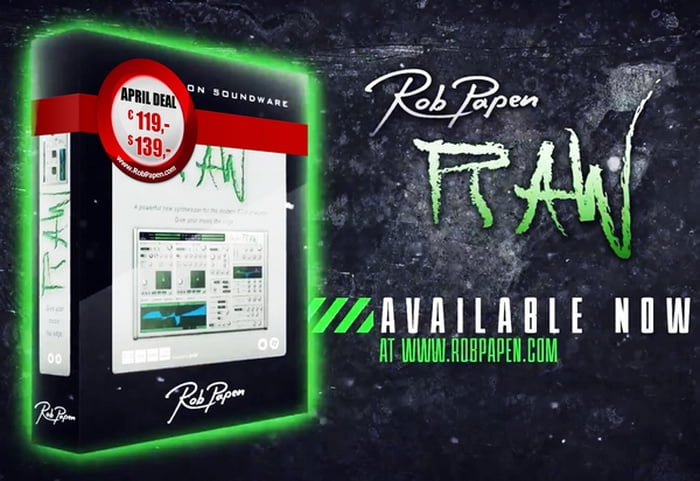 At the Dutch Dancefair 2014, DJ Promo (aka producer Sebastian Hoff) and DJ Free-K (aka producer Freek Vergoossen) approached Rob Papen with the idea for a synthesiser that focused more on ‘distorted’ sounds with an easy to use layout.

Renowned for delivering fresh, cutting edge and musical plugins for producers, Rob Papen invited the DJs to his studio for a brainstorming session resulting in a list of ‘must have’ features and tools for a brand new synth. Armed with this list and several more brainstorming sessions later, Rob Papen and his development team created a powerful new virtual synth RAW.