Rob Papen has launched a sale on Predator 2, the popular virtual synthesizer instrument for Windows and Mac. 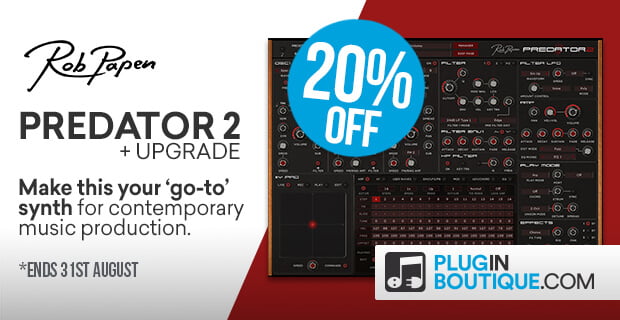 Predator 2 is the successor of a legendary synthesizer that has inspired many artists/composers and appears on countless music tracks!

As before it combines inspiring presets and cutting edge features to make this your ‘go-to’ synth for contemporary music production.

Predator 2 (VST/AU/AAX) is on sale at Plugin Boutique until September 1st, 2018. Users of the original Predator can upgrade at 20% off as well.