Rob Papen has released RP-Distort RE, a distortion effect for Propellerhead Reason. 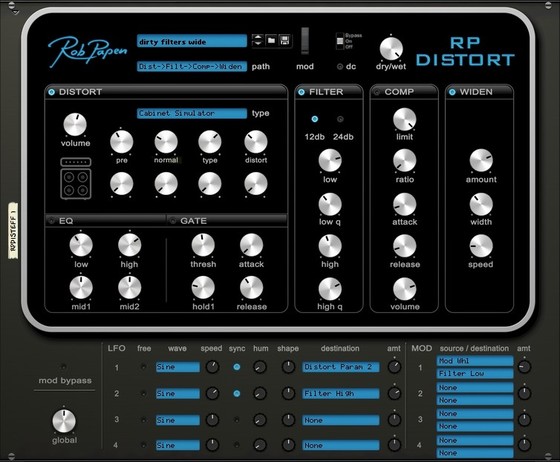 The previously released RP-Distort plugin is now available for Reason.

On top of that, the controls can be modulated using midi sources or by one of the 4 build in LFOs that can sync to your host tempo. The distortion unit offers 22 distortion types included ring modulator and lo-fi.

RP-Distort is a wicked FX unit that will distort or alter your tracks in an inspirational way.