Rob Papen has announced the release of RP-Dock, a standalone host application for Rob Papen products. 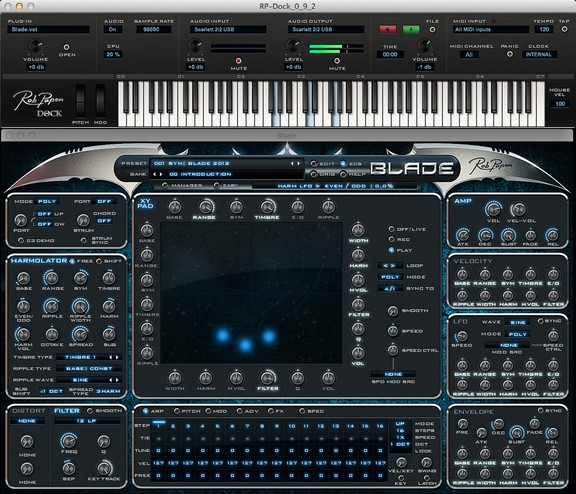 RP-Dock works with all Rob Papen instrument and effect plug-ins. In the above screenshot, RP-Dock hosts the Blade synthesizer plug-in.

There are handy features like tempo setting and an audio recording/playback facility. The audio setting for sample rate can be selected from 44.1Khz up to 96Khz (depending on your soundcard/device). Midi input offers merging of all connected Midi controllers and also included is an optional midi channel selector.

RP-Dock will host all current RP products and is completely free!
A great tool if you are playing live or in the studio or… simply cool if you just like to play around with the synthesizers or effects.

RP-Dock is currently available to download for Mac, free of charge. The Windows PC version is to be released soon.