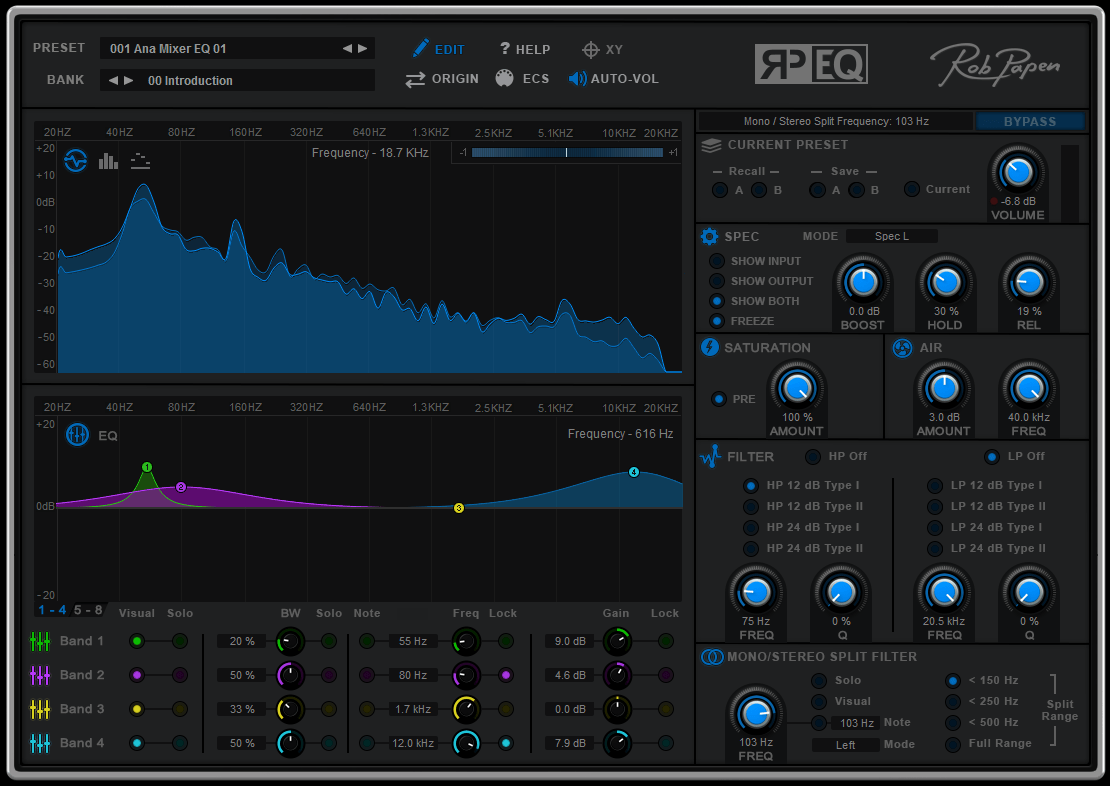 In the virtual music world there are a countless number of different EQ’s available…so why another one? Well, Rob Papen is all about sound and he was convinced he could add something special to the EQ plugins.

When you first open RP-EQ in your DAW software you will see that it is far from a basic bread-and-butter equalizer. Unique elements were added to the core equalizer unit.
The toolbox includes a Mid/Side equalizer mode and Mono/Stereo split filter which is used frequently in modern EDM/Dance music styles. The Air section is fantastic on your master channel and the proven X/Y Pad adds a dynamic and creative edge to an already very musical RP-EQ.

In true Rob Papen style, RP–EQ comes with many great presets to get you started and with the ‘sound’ of RP-EQ you will have a great go to plug-in for your top notch music productions!