Rob Papen has announced the release of RP-Verb RE, a reverb Rack Extension for Propellerhead Reason. 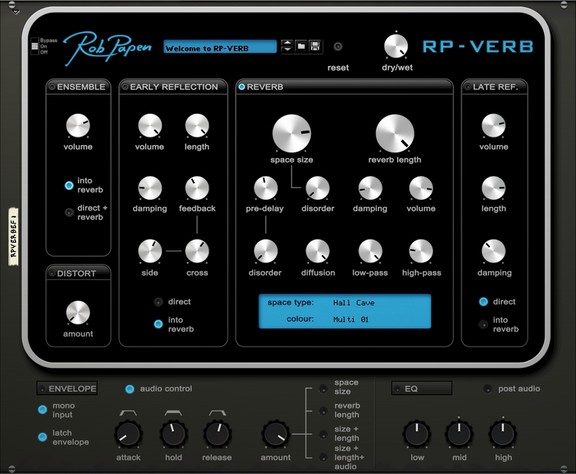 When it comes to a pristine, authentic reverb, it’s the algorithm that counts. RP-Verb is the fruit of Rob Papen’s decades-long study of reverb.

With countless hours of exploring, testing, and tweaking by Rob himself and Jon Ayres, the result is exactly what you would expect: a stunning, musical reverb that brings unmatched dimension and fullness to your mixes.

RP-Verb is “the Reverb” that you have waited years for to use in your Reason rack!

Sugar Bytes launches Easter Craze – Up to 50% off