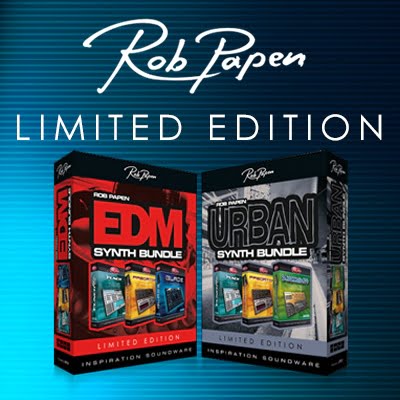 Rob Papen has announced that its RP-EDM and RP-Urban limited edition bundles are on sale this August.

These two special bundle packs were created with Urban and Electronic Dance Music Producers in mind.

Rob Papen virtual synths are always packed with top-notch presets and a host of powerful features giving you the tools to create unique sounds in a matter of minutes and are used by many top producers worldwide.

The EDM Synth Bundle and the Urban Synth Bundle both include five Rob Papen plug-ins, saving around 45% off the combined price. But don’t wait around as there is only limited time… this special deal ends 31 August 2015!