Twenty-six years ago, Robert Dudzic arrived in Connecticut from Poland equipped with drumming skills, determination, and empty pockets. Eventually he landed a production gig at WKSS radio in Hartford, and for the next few years he learned about audio production. Upon departing WKSS, together with GrooveWorx he created his first production library, Trynity HDFX. 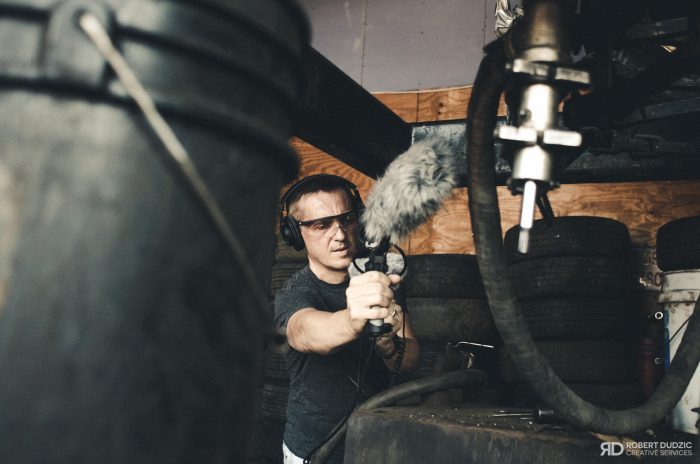 Sound designers like Dudzic constantly seek interesting sounds. “I’ll record sounds at a junkyard with the DR-44WL,” he relates. “I like to go out to garage sales and find crazy weird stuff for almost nothing, bring it home and, record it with the DR-680mkII. I might buy an old phone for five bucks, and a couple of months later the ring of that phone is on a movie trailer. TASCAM recorders are phenomenal! They sound really good, and they’re built like a tank.” 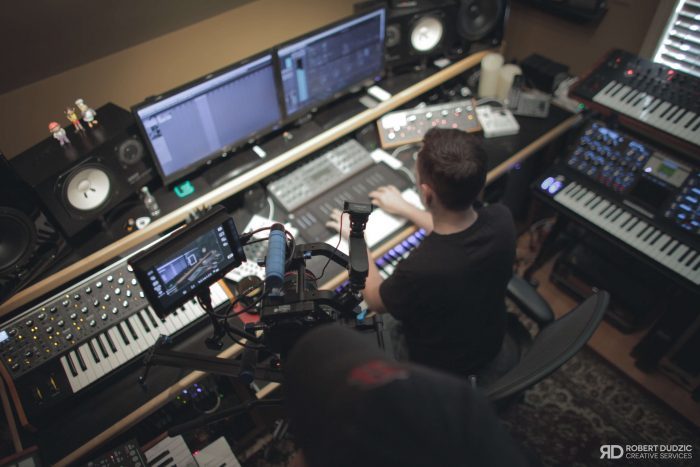 Portability is essential for a field recorder. “The DR-44WL and DR-100mkIII are very small, and the DR-680mkII is compact, too,” reports Dudzic. “When I travel, a TASCAM recorder is always with me because you never know when you’ll want to record. The WR-44WL is handheld, and it records at 96 kHz and 24 bits. I can use the built-in microphones and plug two more mics into the back. I often carry the DR-680mkII with me in a small bag when I travel so I can record six inputs at up to 192 kHz.”

Multitrack recording is especially great for ambiences-for example, at airports and train stations-so having six mic inputs in the DR-680mkII is especially useful. “When you record sounds in stereo, you don’t have a lot of detail,” Dudzic asserts. “You can play with the EQ, compress the sounds, or make it louder or quieter but if you want more detail, you need to record in multitrack.”

Dudzic often uses the four-channel DR-44WL to record in multitrack, as well. “At a construction site, I set the DR-44WL in the front seat of the car and plugged in a shotgun microphone,” he recalls. “I pointed the shotgun mic directly at a machine that was breaking glass, so I have the direct sound of breaking glass, plus the ambient sounds from the recorder’s stereo mics. In my editor, I could individually control the levels of the direct and ambient sounds. The recording has a very nice presence, and the recording quality from the DR-44WL is spectacular.” 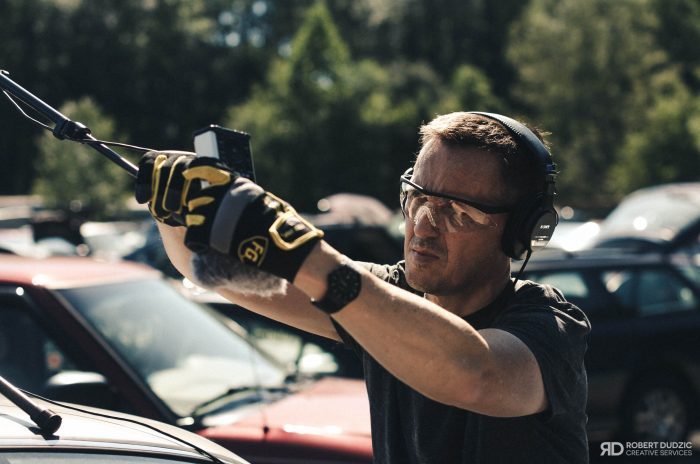 Another Dudzic technique involves contact mics. “We know how a door sounds when you move the knob, close it, and pull your key,”
he notes. “But I put a contact microphone on the lock and attached a second contact mic to the wood of the door, capturing the little sounds you don’t normally hear.
The DR-44WL stereo microphones record the snap when you’re locking the door. I bring these sounds together, and people can experience details they’ve never heard before.”

In the studio, Dudzic relies on the DR-680mkII. “I keep it on the left side of my design table,” he explains, “and I record with, say, a condenser mic, a stereo pair of studio mics, a shotgun mic, and a contact mic. The recorder controls are next to my left hand, which is more convenient than recording to the computer. When I’m done, I pop out the SD card, put it in my card reader, and bring the tracks into my editor, and I have all tracks labeled, lined up, and ready to go.”

Price is another reason Dudzic appreciates the TASCAM field recorders. “They’re inexpensive, so I feel comfortable when I go into the field,” he confirms. “Accidents happen in field recording; it’s part of the business. But the TASCAM recorders are affordable, so when something happens, you can get another one. I’m a huge fan.”

After rhapsodizing about the DR-680mkII and DR-44WR, Dudzic pauses and changes the subject. “Have you heard the new TASCAM TH-MX2 headphones?” he inquires. “You’re going to be blown away! The frequency response is 15 to 22 kHz-phenomenal. I’m using them for my field recording, and they’re really cool. You have to try them!”