Roland today honors the celebration of 808 Day, the global music community’s annual salute to the most influential drum machine of all time, the TR-808, by publishing a series of cross-platform content that delves into the way the 808 has evolved and transformed music over the past forty years, and as GRAMMY-winning producer Terry Lewis likes to say, “put the boom in music.”

Introduced 40 years ago, the Roland TR-808 Rhythm Composer was one of the first affordable and widely available programmable drum machines to hit the market. Though only in production for approximately three years, its signature kick and snare—along with many other unique sounds—became tonal anchors for the hip hop and techno movements from the mid-’80s onward.

Commonly just called “the 808,” the instrument has been embraced by artists and producers of many genres. Its sound is heard on thousands of dance tracks and hit records, and it is directly referenced in the lyrics of numerous songs over the last few decades.

In honor of the TR-808’s 40th anniversary this year, Roland is offering fans a never-before-seen look at the legendary instrument through an exclusive new series of curated #808day content, including a Q&A with lead TR-808 engineer Tadao Kikumoto, interviews with legendary producers who helped make the 808 so influential, a look at classic 808-powered tracks, and more, as well as announcing a new Roland apparel collaboration.

To celebrate the TR-808’s 40th anniversary, Roland spoke to some of the most prolific producers and artists and gave them the impossible task of picking a song from their discography that had the most impressionable use of the TR-808 and its timeless sounds.

Viewers will take a trip down memory lane, hopping between decades, genres, songs, and artists, as they honor the 808, including: Arthur Baker, Cozmo D, Jimmy Jam and Terry Lewis, Carl Craig, A Guy Called Gerald, and Jermaine Dupri.

Thought from the creator

Forty years after the original TR-808 was launched, Chief Engineer Tadao Kikumoto sits down for an exclusive interview to look back on his most famous creation, and share an update on his current projects, including a return to the 808 concept.

The Roland TR-808 is available as part of the Roland Cloud suite of plug-in instruments that work directly within a DAW.

Beginning August 8, Roland is offering a free test drive of the TR-808 virtual instrument through August 31st. The new “TR-808 Dark Techno Raw Loops” and “Techno 808″ patch collections are also offered. Simply sign up for a free Roland Account and start using the most popular drum machine of all time.

Zenbeats is adding two new in-app sound packs to celebrate 40 years of the Roland TR-808. Vintage TR loop pack includes 100+ audio loops that will enhance tracks with the legendary sounds of the 808. Los Angeles-based streetwear brand PLEASURES and Roland have worked together to create a capsule collection celebrating the 40th anniversary of the 808. 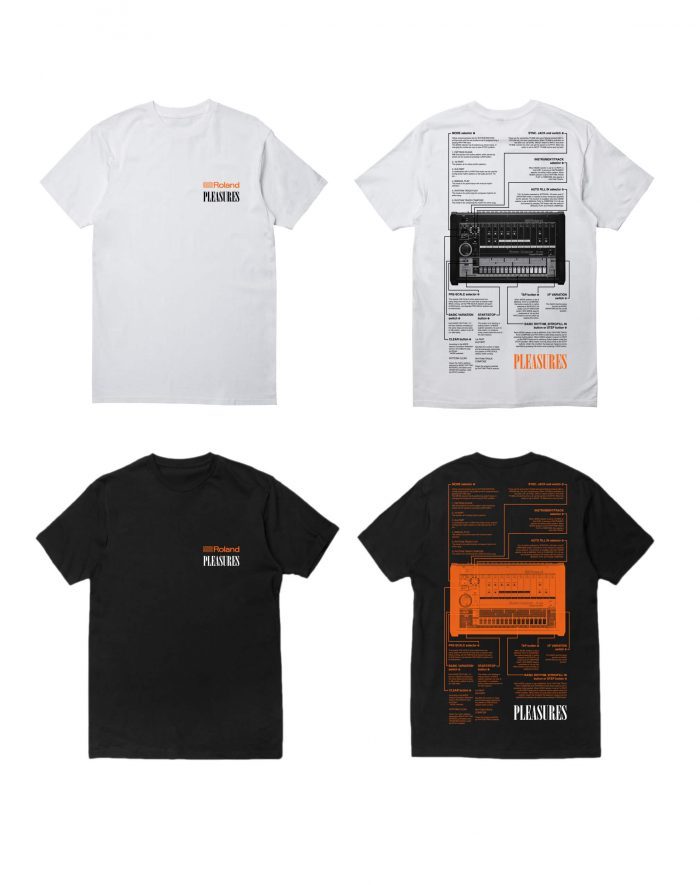 The limited run collection is set to release later this month and will feature five unique pieces of apparel that highlight the functions and beautiful design of Roland’s iconic beat making machine.

The “Sound behind the Song” 808 Series

Roland’s new editorial platform, Roland Articles, takes a behind-the-scenes look at some classic tracks that were made with the help of the TR-808, including “Love Lockdown” by Kanye West, “Doin’ It Right” by Daft Punk”, “Drunk in Love” by Beyoncé, and “Voodoo Ray” by A Guy Called Gerald.

To learn more about the TR-808 and its 40th anniversary, please visit Roland’s TR-808 story page and celebrate by joining the #808day conversation online.