Roland has announced that the Roland Cloud 5.3 update is now available.

New in this release is Blip Blop, a new FLAVR series instrument that allows you to create retro-gaming inspired classics. 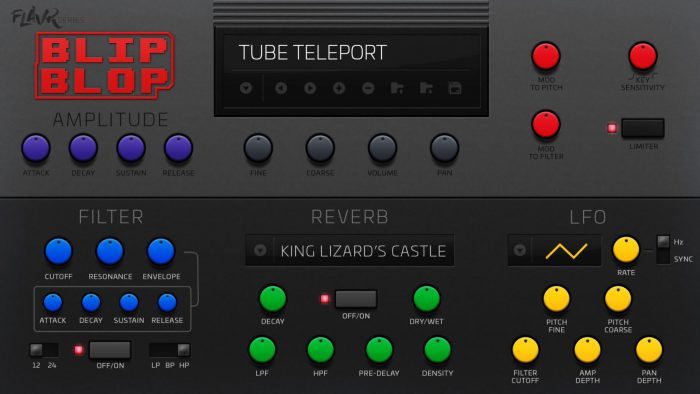 The golden age of video game music has inspired more than just nostalgia, It has also spawned one of the most interesting and exciting genres in electronic music: Chiptune, 8-bit, or as it is known by many, simply “chip music.” Relying heavily on legacy chips and hardware from gaming and computing systems of the past, modern artists have not only recreated the feel of music made on these early chips, they’ve brought these sounds into the present and future.

Chiptune was originally defined by highly skilled musicians and technicians who painstakingly disassembled their favorite video game systems or leveraged chipsets from legacy computers then applied vintage sequencing software to create masterpieces of modern music. While we maintain a high degree of respect to the masterful originators of the genre, it was apparent to those of us without a degree in electrical engineering that it would be great to be able to compose without the invocation of a soldering iron.

As a result, we were compelled to create the latest installment in the FLAVR series, Blip Blop. We’re proud to present an instrument with roots in some of the most legendary gaming audio chips, and some that aren’t. Becuase modern music creation has over 40 years of great games to draw from, we’ve taken it to the next level by creating several patches that capture the musical essence of games throughout history.

Roland Cloud Core Members can download Blip Blop via the Roland Cloud Manager. New users can sign up for a 30-day free trial.

Audionamix audio separation tools up to 60% OFF through May