Roland has announced a new lineup of synthesizer keyboards for performers, producers, and music creators. The FANTOM-06, FANTOM-07, and FANTOM-08 models combine the sonic power and fluid workflow of the top-of-the-line FANTOM series in light, streamlined instruments that flow smoothly into every musical situation, from studio production to high-level stage performances.

Unveiled in 2019, Roland’s reimagined FANTOM series has received worldwide acclaim for its advanced sound technologies and unique creative workflow that eliminates confusing modes and technical frustration. FANTOM-0 carries on this approach, offering core FANTOM features in highly portable instruments that weigh significantly less than most top-tier professional keyboards. Users can play and produce with thousands of Roland’s best sounds and unleash their musical vision with a color touchscreen, hands-on controls, and deep computer integration derived from the flagship models.

FANTOM-0 offers unlimited sound-making possibilities with Roland’s ZEN-Core, SuperNATURAL, and Virtual ToneWheel Organ technologies, with further expansion available through Roland Cloud. Musicians can create with synthesizers and rhythm sounds that have defined entire genres, build organic compositions with pianos and other acoustic instruments, or shape sounds of the future with next-generation synthesis tools. 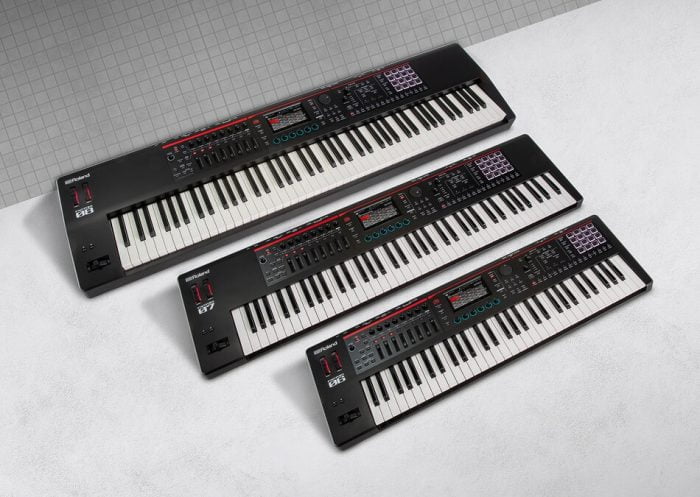 FANTOM-0 instruments are easy to carry from a home studio setup to rehearsal rooms and performance stages, thanks to molded body designs that are sleek, attractive, and ultra-rugged. The 61-note FANTOM-06 and 76-note FANTOM-07 are equipped with newly developed synth-action keyboards, while the FANTOM-08 comes with 88 weighted-action keys. Other than the keyboards and physical specifications, all FANTOM-0 models offer identical features.

With Roland Cloud, players can dive deep into the historic and ever-evolving world of Roland synthesizers. Model Expansions infuse FANTOM-0 with the authentic sounds and unique characteristics of the JUPITER-8, JUNO-106, and other vintage icons. And with the growing selection of Wave Expansions, Sound Packs, Sample Packs, and more, there’s a steady stream of creative fuel for every musical journey.

The Roland FANTOM-0 synthesizer keyboard series will be available in the U.S. in April for the following prices:

Parallels creative synthesizer plugin by Softube on sale for $59 USD