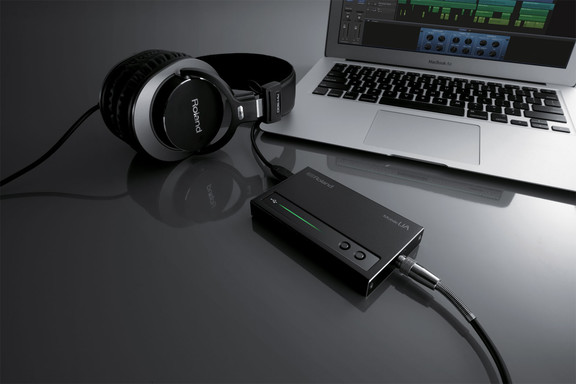 Not much bigger than a deck of cards, the Mobile UA is the world’s smallest USB audio interface that supports both DSD and ASIO. It offers native playback of DSD audio sampled at 2.8 MHz, and Roland’s proprietary S1LKi audio engine also reproduces traditional PCM audio at rates of 44.1 kHz and above with extreme precision. Using the same type of 1-bit D/A converter used in DSD, the resulting conversion produces ultra-smooth, unclouded sound when compared to standard D/A conversion in PCM-based devices.