Roland has announced the availability of the JC-40 Jazz Chorus, a 40-watt stereo guitar amplifier. 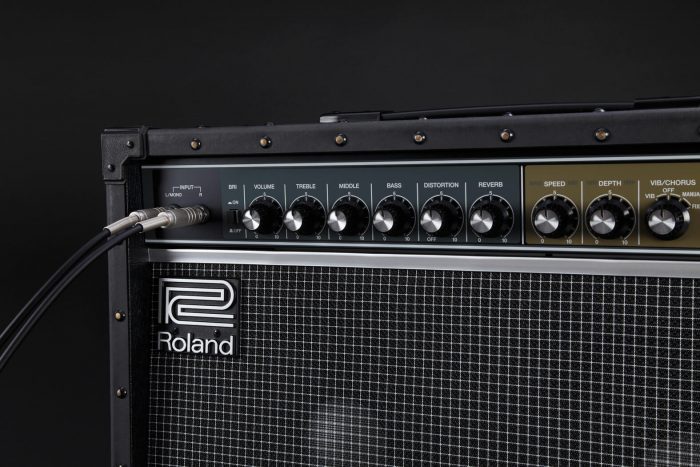 Created in celebration of the 40th anniversary of the iconic Jazz Chorus guitar amp series, this compact and gig-ready amp features the famous “JC clean” tone and signature Dimensional Space Chorus effect respected by guitarists for decades. The JC-40 also includes evolved features for modern players, including enhanced onboard effects and a front-panel stereo input for stereo pedals, multi-effects and amp modelers.

First introduced in 1975, the Jazz Chorus series has earned legendary status among pro players as the benchmark in clean guitar tone, and its sound can be heard on generations of popular recordings in every genre of music. The amp series is equally revered for its integrated stereo amplification system and Dimensional Space Chorus effect, which delivers unique dimension and depth that’s unattainable with any other single amp.

With the JC-40, guitarists can enjoy this genuine, industry-standard tone in a scaled-down amplifier with innovative, modern refinements. Two independent power amps and custom-designed 10-inch speakers deliver punchy stereo sound that won’t get buried in the band, while durable, road-tough construction ensures years of reliable operation on stage and in the studio.

To mark the occasion, a special anniversary page has also been created.