Roland has announced a powerful new engine found at the heart of the company’s latest (and future) electronic instruments.

With the ZEN-Core Synthesis System, Roland applies the wisdom gained from nearly 50 years of making world-leading analog, digital, and hybrid synthesizers to create an adaptable new platform that both embraces the legendary and looks to what’s next. 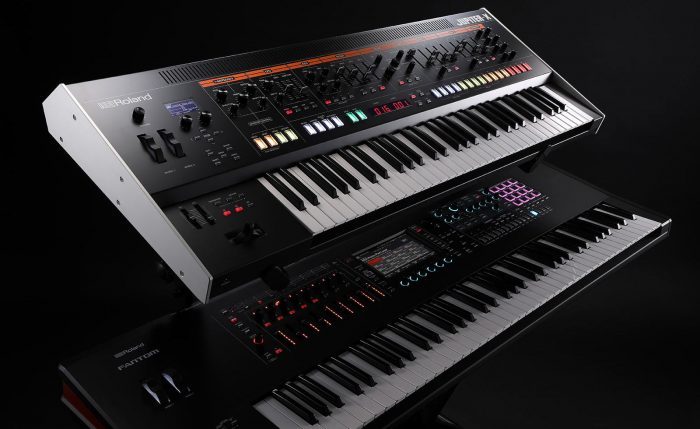 Through ZEN-Core, Roland assures a consistent level of sonic quality and expression regardless of instrument. With the confidence of access to the same, growing library of compatible sounds that they can share and exchange, musicians and producers can focus on choosing hardware with features that best suit their application, playing style and workflow, from performance and production synthesizers to GROOVEBOXES, stage pianos, and more.

With the forthcoming system updates, owners of FANTOM 6/7/8 Synthesizers (Version 1.50*), JUPITER-X Series Synthesizers (Version 1.10) and RD-88 Stage Pianos will be able to start using the same compatible sounds across all models, adding a new collaborative capability to their instruments. An update for the MC-101 and MC-707 GROOVEBOXES will also be available in Q2 2020, with an update planned for AX-EDGE later this year.

ZEN-Core base engine tones created on one instrument can be shared with other users or transferred into completely different compatible Roland hardware. Performers can take sounds made on a FANTOM and play them in the spotlight on an AX-Edge Keytar, or perform a JUPITER-X synth patch on an RD-88, dramatically simplifying setup and expanding tonal options. Sounds are easily shared with a bandmate or co-creator, even when using different compatible Roland hardware. With ZEN-Core, users have access to the sounds they want, in the format they want, wherever they produce or perform. 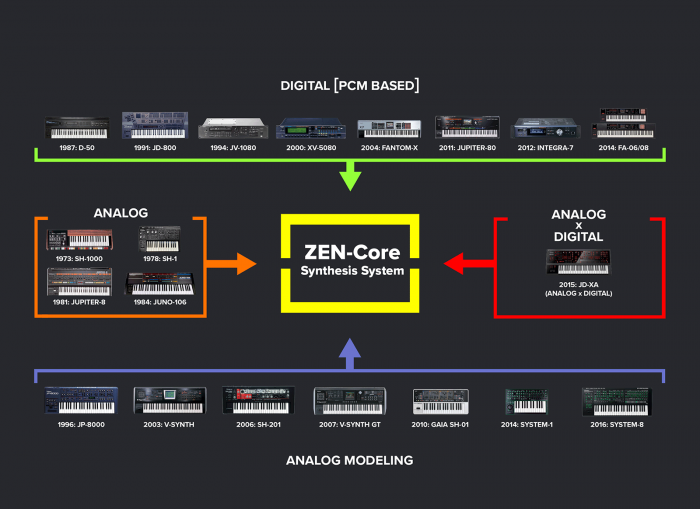 The Roland ZEN-Core multi-timbral engine combines the latest Virtual Analog and PCM (up to 256 voices) synthesis techniques with powerful DSP effects. Advanced synthesis features include new VA oscillators, precisely modeled filters, ultra-fast and smooth LFO and envelope modulators, and high-resolution control of primary editing and performance parameters. Sounds created for the base engine will be compatible across all ZEN-Core instruments, opening-up a world of opportunities for creators and sound designers alike.

ZEN-Core supports instrument-specific ZEN-Core Expansions including Analog Behavior Modeling for the JUPITER-X series and V-Piano for the new FANTOM Series. Further ZEN-Core expansions will soon arrive for other instruments in the Roland ZEN-Core family.

*Beta version as of today. The official release is planned in late January 2020.