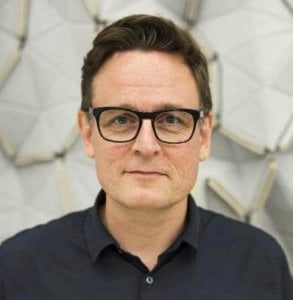 ROLI has announced that Henrik Lorensen, a senior executive at Bang & Olufsen, has joined ROLI as Chief Operating Officer, strengthening the London-based music creation startup’s leadership during a period of innovation and international growth.

ROLI has expanded rapidly since 2015, when it introduced the multi-award-winning Seaboard RISE. An evolution of the piano keyboard, this groundbreaking musical instrument remodels the keyboard as a soft, touch-responsive silicone surface that lets musicians shape sound through pressure and other natural movements. Stevie Wonder, Hans Zimmer, and Meghan Trainor are among the musicians who love the Seaboard RISE. The instrument is “music tech being used in the right way: to offer the electronic musician a more personal, emotionally engaged playing experience” (Stuff).

Since 2011 Henrik has led B&O PLAY, a division of Bang & Olufsen that has propelled recent growth at the storied maker of high-end music systems. B&O PLAY introduced a range of premium speakers and headphones that are accessibly priced and designed for people who want to take their music devices anywhere. B&O PLAY has extended world-class sound quality and design — the hallmark of Bang & Olufsen — to a broad range of consumers.

Roland Lamb, founder and CEO of ROLI, said: “I’m delighted to welcome Henrik to the ROLI team. He has led a global music brand that is custom-made for our digitally connected world. His experience will be hugely valuable as we expand our Connected Music ecosystem and provide a new experience to anyone who loves music.”

2016 has been an especially important year for ROLI’s growth. In May ROLI raised $27 million in a Series B investment led by US-based Foundry Group. In September the company acquired FXpansion, a leading developer of audio software and virtual instruments.

After attaining a PhD in theoretical physics, Henrik held strategic and operational roles at McKinsey and LEGO as well as B&O PLAY. With skills that range from hard mathematics to creative marketing of LEGO building tools, Henrik is a natural leader of ROLI’s multidisciplinary team of engineers, designers, coders, marketers, and musicians.

Henrik Lorensen said: “I’m tremendously excited to be joining ROLI, whose products and plans are defining the future of music creation. The way we make music is shifting, and ROLI is at the forefront of creating a new category of music-making devices and experiences that will empower millions of people to become music creators themselves.”

Henrik will join ROLI in December 2016.