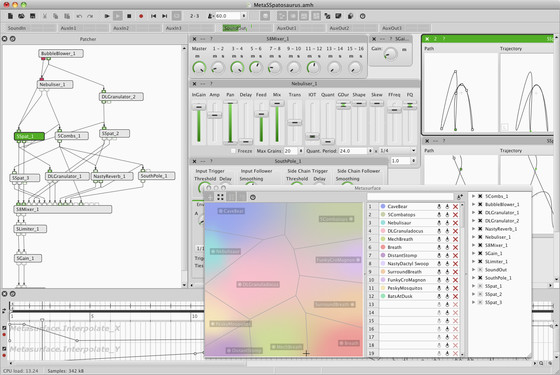 AudioMulch allows you to make music by patching together a range of sound producing and processing modules.

This release also marks the launch of a new community patch sharing area at AudioMulch.com where AudioMulch users can share sound processing patches and compositions: (http://www.audiomulch.com/patches).

Performers who control AudioMulch from a MIDI controller will welcome the ability to switch Metasurface parameter snapshots under MIDI control.