Dangerous Music has launched a tips video in which Ryan West shows how transformer saturation along with analog summing adds sonic dimension to a mix. 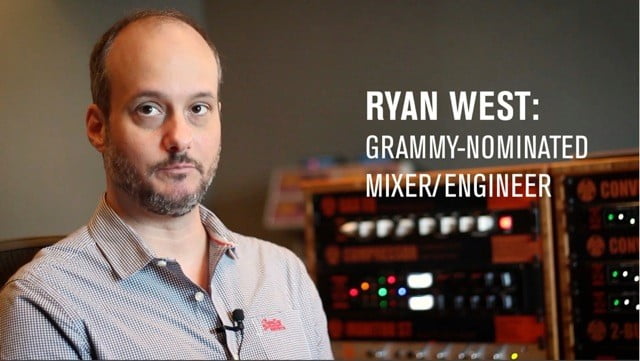 In this music production tips video, engineer Ryan West visits Flux Studios in New York City and reveals how to get some unique “analog color” with transformer saturation along with his analog summing to add dimension to a mix – while still getting the flexibility of mixing “in-the-box” and retaining mix recallability. West uses the Dangerous 2-BUS+ summing amp, which has “X-Former” variable transformer saturation built-in for his example.

“This is an old trick for engineers, coming right out of the console: Take the left and right stereo mix and pop it through vintage mic preamp to get a unique ‘transformer’ sound.” The X-Former color circuit built into the Dangerous 2-BUS+ adds, “A little bit of extra Voodoo. It tightens up the low end and also gives this sheen on the sides of the mix that I don’t get without it. It gives another level of magic when I’m mixing,” states West in the video.

Ryan West has engineered at top New York studios including Stadiumred Studios NYC, SoHo Studios, and Baseline Recording Studios, cranking out hit after hit for today’s top artists. As an accomplished engineer and producer in a variety of musical genres, Ryan West is best known for chart-topping Hip-Hop and R&B mixes for today’s top artists such as Rihanna, Eminem, Jay Z, T.I., Kid Cudi, Willie Nelson, Usher, Dr. Dre, 50 Cent and many more. His mixes for artists have reached 19 Gold, 10 Platinum, 5 Multi-Platinum, and 1 Diamond RIAA album awards levels. He was nominated for the prestigious Album of the Year Grammy in 2004 for Usher’s “Confessions,” and again in 2011 for Eminem’s “Recovery.”