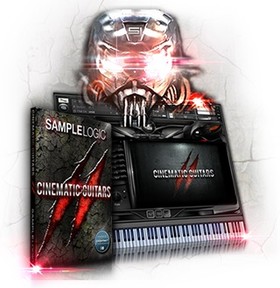 Sample Logic has announced its Cinematic Guitars 2, a suite of over 1200 jaw-dropping instruments and multis that are in no way just another guitar sample library.

From guitars being chained up, drilled, shattered, sledge hammered, and set on fire to the elegance and pristine air of bowed and prepared guitars, all off which were carefully manipulated and morphed to craft a library that sounds like no other.

The Sound Of Calvertron sample pack released at Prime Loops