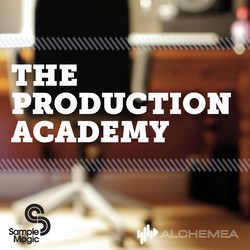 Sample Magic has announced the Production Academy, a recording and production course based on Sample Magic’s best-selling book, The Producer’s Manual.

The Production Academy is an indispensable five-day music recording and production course taught in the award-winning studios and facilities of Alchemea College in the heart of London.

Led by Jon Olliffe (Nick Cave, Ms Dynamite, PJ Harvey, The Klaxons, Beverley Knight, Madness, The Stereophonics) and with sessions from The Producer’s Manual author and Sound On Sound editor-in-chief Paul White, as well as Mastering Engineer of the Year 2012 Matt Colton and other special guests, The Production Academy offers an intensive and immersive pan-genre masterclass in recording and production for just 12 people each year.

The Production Academy will take place Monday 7 October – Friday 11 October 2013. The course is available to book now for £490 GBP. 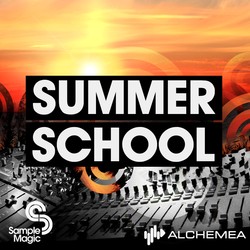 After two sell-out Summer Schools, we’re pleased to announce a final set of dates for 2013. In residence at the award-winning Alchemea College in London, the Sample Magic Summer School is the essential five-day electronic music production course for all genres, from house and techno to dubstep and beyond.

Led by producer, lecturer and Future Music regular Bruce Aisher and with guest sessions from leading music industry professionals – including mastering engineers, music lawyers and Sample Magic co-founder Sharooz – you will leave with a greater understanding of the tools and techniques used to create cutting-edge dance music, as well as insights into the wider workings of the electronic music industry – from recording contracts and publishing to copyright and business know-how.

The Summer School is set for Monday 23 September – Friday 27 September 2013. This 5-day course is also available for booking now for £490 GBP.