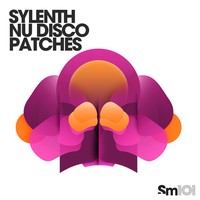 Sample Magic has introduced Sylenth Nu Disco Patches, a collection of 101 sounds for the Sylenth1 software synthesizer by LennarDigital.