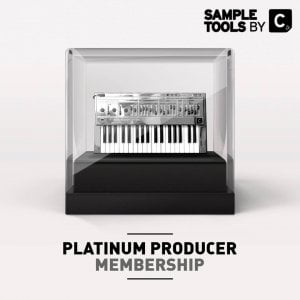 Sample Tools by Cr2 has announced the launch of its Platinum Producer Membership, an exclusive offer that includes free sample packs, discounts, pre-release samples, worldwide compilation admission and much more.

After 2 years of phenomenal success since launching in February 2014, Sample Tools by Cr2 has risen to being Beatport’s most successful sample pack label.
They broke through the market providing novice and advanced music producers alike with the highest quality samples, presets, songstarters and templates, but what set them apart was the inclusion of complementary tuition in the form of Prod-Cast video tutorials and production booklets. They provided in depth and in-demand content no other sample pack providers were offering, giving producers quality sounds and the science behind those sounds.

A subsidiary of world-renowned dance music record label Cr2 Records, Sample Tools by Cr2 aims to bring the label’s reputation for quality forward thinking dance music into the sample pack world, providing the tools and tuition to make great music! In January 2016, Sample Tools will be launching their own dedicated website and retail store – www.sampletoolsbycr2.com. This website will start by selling our quality Production Toolkits straight to consumers with long term plans to create a community where like-minded individuals can connect, create, learn and develop as artists.

As an exclusive offer to this community, Sample Tools are now introducing a new membership project – the “Platinum Producer Membership”.

The membership is available at an exclusive pre-launch website launch price of £50 GBP (increasing to £60 GBP from January, 2016).

Sample Tools by Cr2 is giving away a membership to one lucky rekkerd.org reader. Just leave a comment below for a chance to win, we’ll pick a winner from all comments that come in before Sunday December 13th, 11.59pm CET. 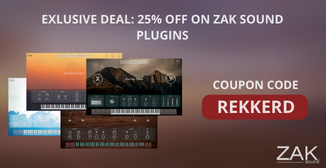