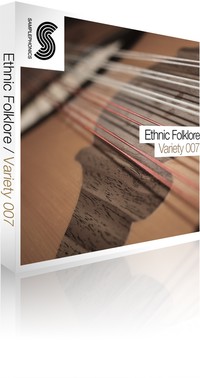 Samplephonics has announced its Ethnic Folklore sample library containing a selection of beautifully played ethnic string loops and samples from instruments including a Dulcimer, Oud, Balalaika, Bouzouki and Guitar.

The sounds have been captured using a custom vintage Neumann U87 for utmost clarity and played by renowned musician Steven Byrd. A range of styles have been incorporated, ranging from traditional folk melodies to more gritty rock infused loops.

Perfect for film composers and sampling enthusiasts alike, the sounds can be used as full construction kits to build a track around, or individually chopped up and processed for more experimental sounds.

The sounds are available to download in 24 Bit wav format, 100% royalty free and ready to use in music, library or production tracks. Inject real class and flavour into your music with this exquisite collection of instrument loops and samples.