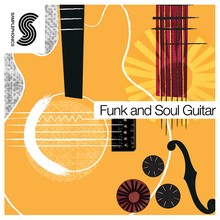 Played by guitarist Pete Hall who used 2 guitars, a Fender Strat Lone Star and a Gibson 335, chosen specifically for their solid, familiar tone heard on so many classic records.

These loops and samples will suit a wide variety of music genres, including funk, soul, rnb, jazz, house, hiphop, chillout and pop.