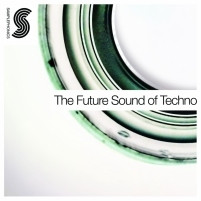 Samplephonics has announced the release of its The Future Sound of Techno sample library.

‘The Future Sound of Techno’ has been over 2 years in the making, and takes us on a journey through Techno music, from it’s early house music roots in Detroit, to the darker underground clubs of Berlin right to the minimal and progressive styles that have spread across the world today.

Inspired by the likes of Richie Hawtin, Dave Clarke, Trentmoller, Dubfire and Jeff Mills, this sample pack takes a creative twist on the techno of yesteryear, a little helping of current styles and a dose of inspiration from new sounds entering the scene to create a new variation on what we call Techno.

The Future Sound of Techno features

The sample library is available to purchase for £39.70 GBP.