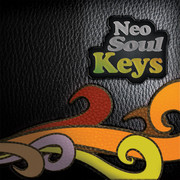 Samplerbanks proudly present Neo Soul Keys – the electric piano recorded in the North Avenue Studio (Orange City, Florida) has a very specific “phat” and warm personality. Coupled with the personality of the mastermind and top gospel musician Jamal Hartwell (Gospelmusicians) behind the concept of Neo Soul Keys proved to be a winning combination!

Additional goal was to make sure that if musicians were not able to take an electric piano to the studio or to gig this plugin would be the very next thing – just load the iOS Garageband version into you iPad, iPhone or iPod Touch and take it whereever you go!