Samples From Mars has announced Modular Creations, a new multi-format sample library featuring a collection of loops and samples recorded from a Eurorack modular system.

The library features a collection of rhythms, sequences, and evolving ambient drones. Also included is a collection of 35 sounds and 24 chromatic instruments for Ableton, Kontakt and Logic. 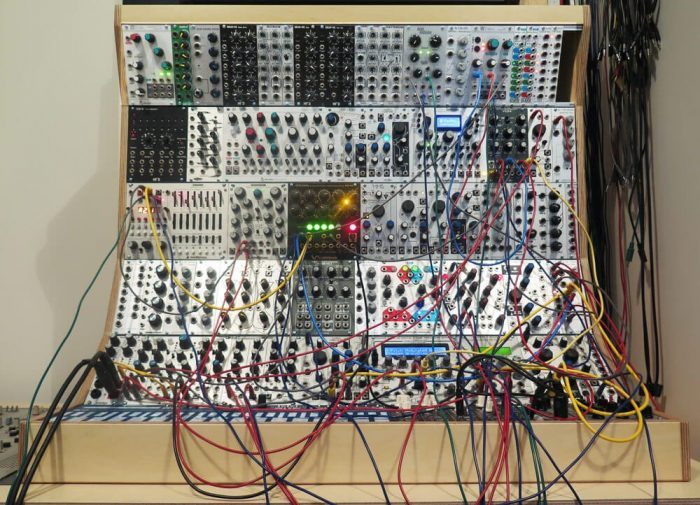 Recording a modular system for people to use in their DAWs is a challenge, because the beauty of modular synthesis is not only found in the sounds, but in the continuously modulating characteristics of each patch. Whether this is the shifting of a sequencer’s timing, or modulating an effect’s internal digital processor with a slight CV signal (a modular trick that would actually blow up a modern computer’s processor), the beauty is all in the movement. Because of this, we thought the most authentic representation of our modular would be to record batches of long loops and drones (at 120 bpm), and edit them down, isolating each at their most useable moment in time.

This approach allowed us to capture the weird, little (and sometimes big) nuances that modulars produce. In one instance, we used the filter cutoff as a modulation source, and applied that signal simultaneously to the room size of a reverb and the pitch of a frequency shifter. Creating these types of interactions, you soon start to hear how cool the results of unlikely parameters sharing the same modulation signals are…kind of like how two people that have been at odds with each other can become best buds (think Bob Moog and Don Buchla…RIP)!

During the recording process, we patched many modules together, ultimately focusing our efforts on 7 primary sound sources: the Basimilus, Elements, Model15, STO, Teleharmonix, Tides, and VCO6, capturing the results through a variety of preamps (API, Neve, EMT, NonLinear) best suited for each sound. We synthesized all types of stuff: percussive synth syncopations, 8 bit basslines, wonky guitar sounds, mallets, sirens, falling jenga blocks and cracked out claves to name a few.

Modular Creations is available for purchase for $39 USD.