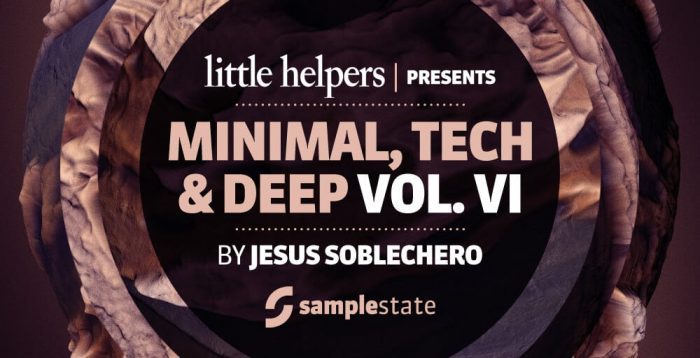 Samplestate is proud to introduce the next in our Little Helpers series, this time produced by the incredible Spanish artist Jesus Soblechero. With a reputation for meticulous attention to detail and a certain richness to the sounds, he has provided us with one of the best Little Helpers packs to date.

Jesus has seen favour from international DJ’s such as Marco Carola, Magda, Oxia, Paco Osuna and many more. He was also named by Beatport as one of 2015’s “rising stars” a prediction that has been realised in 2016 with him climbing the minimal DJ rankings.