Plugin Boutique has launched a sale on Toontrack, offering a 20% discount on all Drum and EZkeys MIDI packs and presets packs for the EZmix 2 mixing tool through March. 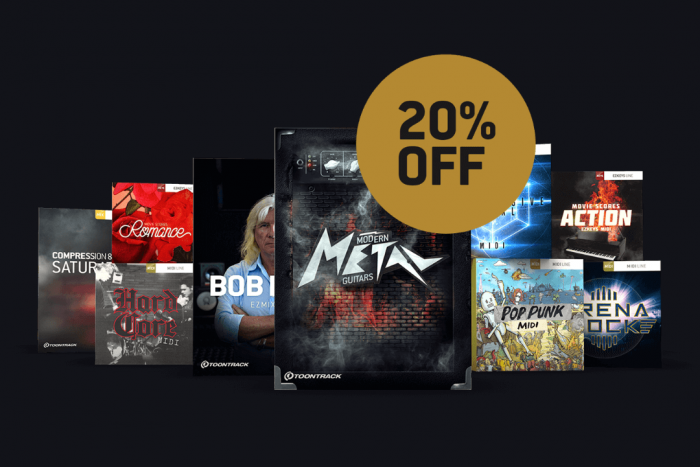 EZmix 2 is a multi-effect plug-in that lets you assign pro-designed audio processing effect chains to any audio source. A guitar amp, mixing engineer and mastering suite all in one convenient package. Grab 20% off on popular presets packs including Big Rock Guitars, Lead Vocals 2, Classic Amps, Mastering II, and many more.