Plugin Boutique has launched an exclusive sale on Photosounder, the first audio editor/synthesizer to have an entirely image-based approach to sound creation and editing.

In celebration of the recent version 1.9.2 update, Plugin Boutique is offering a 30% discount for a limited time only. 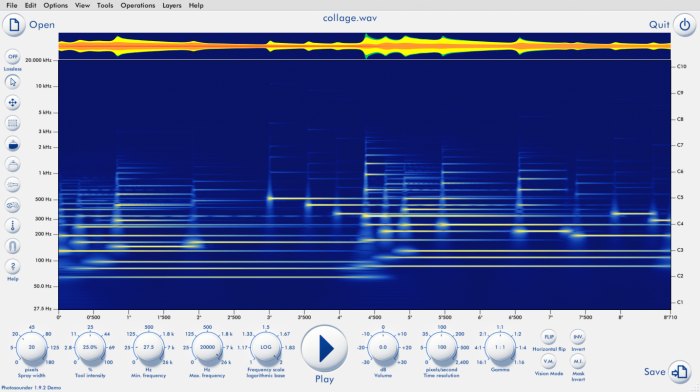 Thanks to its powerful and omnipotent synthesis algorithms, it is capable of creating any sound possible. Powerful built-in image editing tools, some yet unknown to general image editing programs, are specifically tailored to enable you to create and edit sounds with ease in ways and with results simply impossible with other programs.

ProducerSpot Halloween Sale: Save up to 50% on sample packs

Save 75% on iZotope Stutter Edit 2 effect plugin, on sale...

Past To Future launches Harvest Drums sample library for Kontakt &...