Audio Plugin Deals has launched a sale on the 88 Series Piano Bundle, offering a 66% discount on the piano instrument bundle by Chocolate Audio. 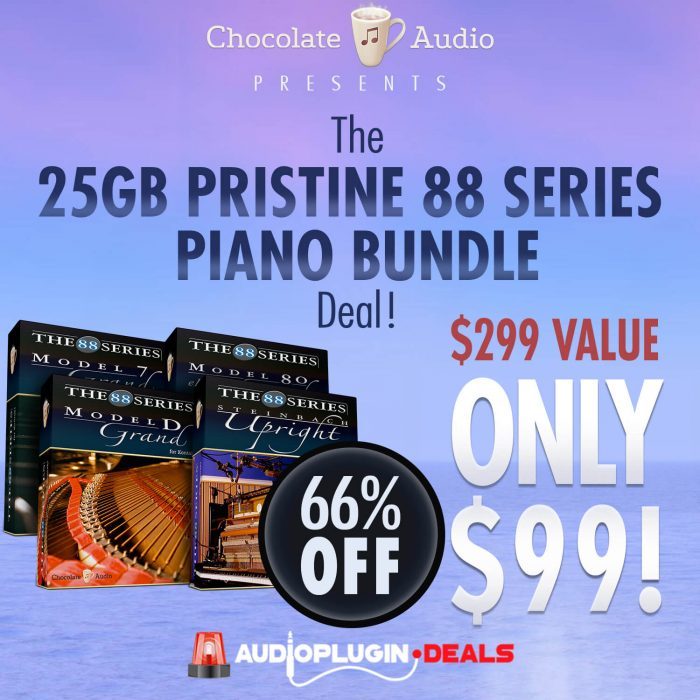 Get 4 Massive Pianos in 1 Awesome Bundle for $99! “The 88 Series piano collection” is a ginormous 25 GB bundle built for Kontakt.